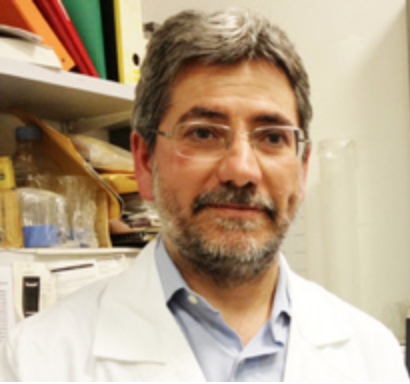 Preservation of genome integrity is a priority issue in mammalian tissues, especially in the nervous system, where a defective DNA damage response (DDR) is associated with developmental and neoplastic disorders. Recently, our work focused on the functional interactions between MYCN and the replication stress (RS)-response in neuronal cells. We showed that MYCN regulates the expression of a number of proteins, including the MRN complex and PARP, to control RS, prevent DNA damage and cell death. Moreover, inhibition of either MRN or PARP+CHK1 very effectively kills MYCN-dependent neuroblastoma (NB) and medulloblastoma (MB), tumors that are still largely incurable.

Based on our own and other’s work we generated some testable hypotheses: i) the MRN complex is essential to control RS in neuronal progenitors; ii) subtle variations in MRN activity may uncover its oncosuppressive function in neuronal tumorigenesis; iii) MYCN-dependent neoplastic cells retain a strict requirement for controlling the otherwise deleterious effects of RS; iv) MYCN supports a coordinated pattern of replication-, DNA repair- and checkpoint-related genes whose pharmaceutical modulation might be of utmost importance for the therapy of MYCN-overexpressing tumors.

We will test these hypothesis via pharmacological and genetic manipulations of designed targets in NB and MB mouse and cell models. Through dry and wet lab work, we will further screen for more effective combinations of “RS-response” inhibitors.