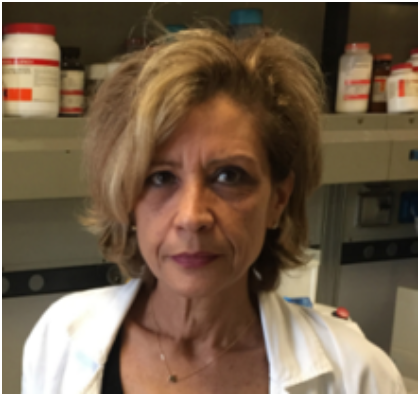 Recent studies revealed an unsuspected role of the human bone marrow and its extravascular compartment as a privileged niche for the maturation of the gametocytes of the human malaria parasite Plasmodium falciparum, the stages transmissible to the Anopheles mosquitoes, an evidence proposing a key role of the host-parasite interplay in this organ in the transmission of this disease.

This project will combine a Bone Marrow Humanized Mouse model based on osteoprogenitor cell transplantation, able to reproduce a hematopoiesis microenvironment, with transgenic P. falciparum parasite lines. These parasites produce gametocytes expressing bioluminescent reporters specific for different maturation stages for a sensitive and reliable gametocyte quantification in the animal and/or are mutated in specific gene products and enzymes which regulate the cell deformability of the gametocyte-infected erythrocytes. A role of cell mechanical properties in the ability of P. falciparum gametocytes to circulate and to be transmitted to mosquitoes is emerging in recent studies conducted by the Institut Pasteur laboratory participating as a partner in this project. This collaboration will provide specific transgenic lines, compounds and inhibitors enabling the project to evaluate how changes in gametocyte-infected red blood cell deformability affect the ability of immature and mature gametocytes to home, colonize and be released from the bone marrow microenvironment in our humanized mouse model. The project is expected to reveal molecular mechanisms and players of the host parasite interactions involved in the maturation of P. falciparum transmission stages in the human bone marrow microenvironment.